Design an application that will give advisors the ability to personalize a selection of white label marketing videos, which they can download from the Marketing Gateway.

As an independent wealth advisor, I want a way to add my business logo and contact information to white label marketing videos provided by LPL Financial for marketing purposes.

The final application was designed using a simple, progress step UI design pattern that walked advisors through the process of personalizing their selected marketing videos.

Working together with the lead Web developer, I met with internal business owners to gather requirements for the application. During the course of our discovery, the following requirements were among those identified as must-have features:

Following our stakeholder interviews, the Web developer and I got to work organizing the information we had gathered, forming ideas for how the application would look and function, and developing an action plan. I used two simple tools during this phase of design — task flow diagrams and low-fidelity sketches — to aid in the visualization of our ideas before spending time on more detailed design assets. 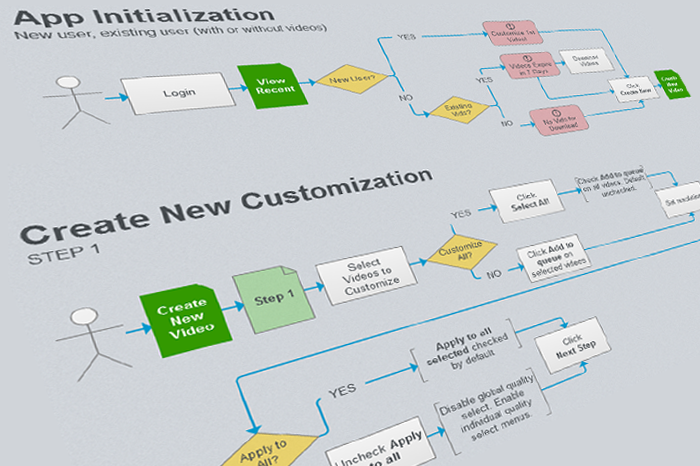 Task flow diagrams are an effective tool for providing a high-level view of the steps a user will take to accomplish a given task within the application. A separate diagram was created for each task to identify important decision points and simple interactions a user would encounter while creating and downloading a custom video.

Using the task flow diagrams as a blueprint for the application design, I put pen to paper and sketched out rough ideas for the layout of the user interface. Sketching the ideas first allowed me to experiment with different layouts and test various design patterns before presenting our ideas to the stakeholders for feedback. 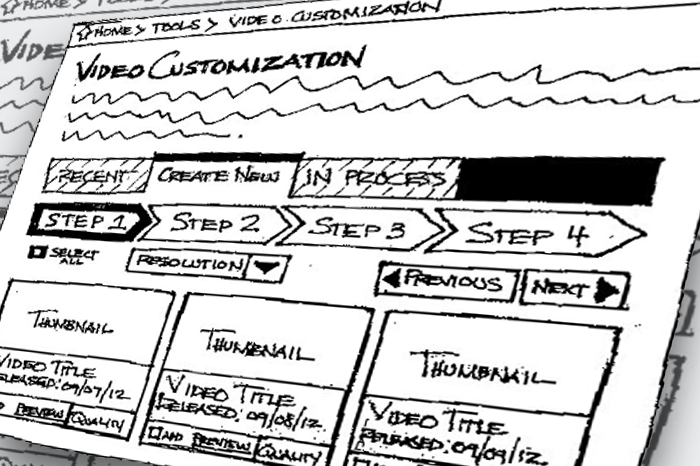 At this stage, we had a good sense of the direction we wanted to go with the designs, but we were still looking for a bit more detail than we could get using sketches alone. To step up the fidelity of the designs, I created a series of wireframe layouts, and added wireflows to better describe how users would interact with the application. 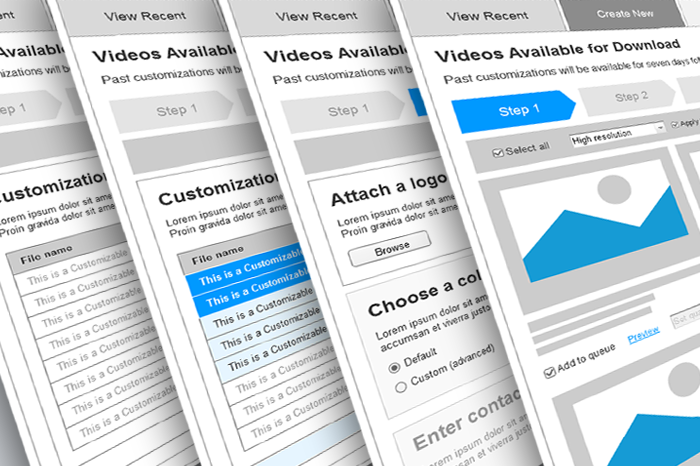 Medium fidelity wireframes were used to quickly iterate through layout changes without concern for non-essential details, such as images, copy, colors and typography, that would be added or changed later. The wireframes included everything we needed to communicate our design concepts to the stakeholders, while remaining simple enough that they could be modified to try out variations on-the-fly without much effort.

Next, I developed a wireflow diagram to describe and map out essential features of the user interface in lieu of a prototype, which takes more time and would have been overkill for this particular application. Wireflows are a useful tool for visually communicating the various interactions and touchpoints a user will encounter along their journey. They add context that task flow diagrams may lack, while remaining relatively easy to create and maintain. 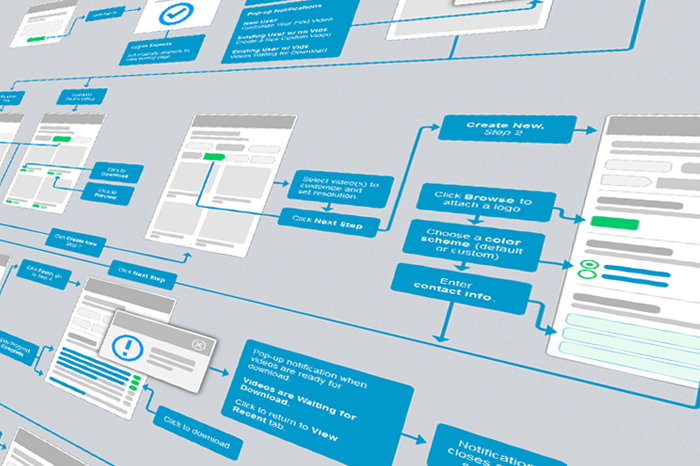 With its structure fully planned out, I began work on the applications’s aesthetics. As the last step before handing off the design assets to the developer, I created a set of detailed hi-fidelity mockups, along with a basic typography and color style guide, defining the final look and feel of the application. The mockups and style guide served to accomplish two important goals: 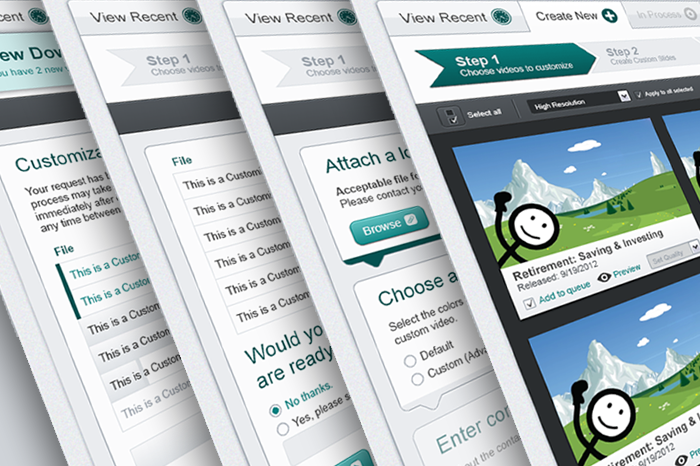 I created a hi-fidelity mockup for each of the wireframe layouts to illustrate in detail how the finished application would look and feel to the end user. I used the Marketing Gateway's style guide as a foundation to ensure brand consistency. UI features unique to the Video Customization Portal were designed in detail to give a comprehensive view of the application in its finished state.

With a hi-fidelity view of the application fully approved for development, I created a simple style guide detailing essential elemental UI typography and colors unique to the new application's design. The details of this style guide were eventually incorporated into the greater Marketing Gateway style guide, which were then used for system maintainence moving forward. 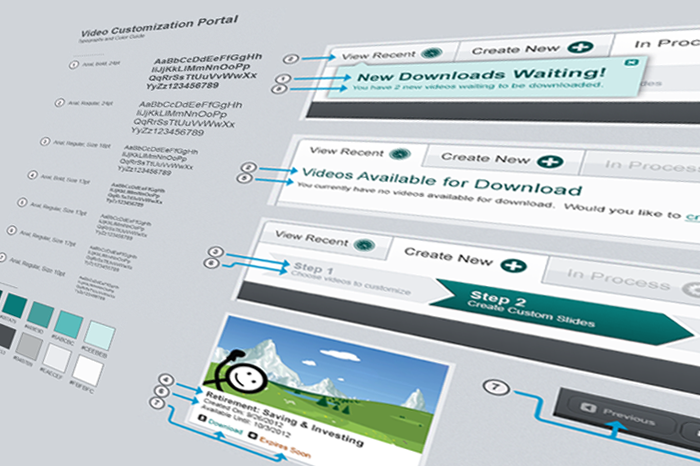 Once the product was released for testing, stakeholders were encouraged to review it on their own, provide feedback, and to report back on any bugs they may have found. Additionally, we selected a few random volunteers from within the marketing department who had no previous exposure to the application to put it through its paces. Volunteers were given a series of goals to accomplish within the system, and were asked to take note of any issues they encountered, or suggestions they had for improvements.

After a few development iterations in which the developer and I addressed any bugs and/or change requests, the product was released to production where it was quickly adopted by advisors. The application was well recieved and became a regular part of our system maintenance and development release cycle.